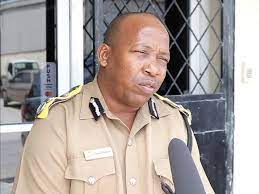 States of Emergency in Belize – Cure or Addiction?

Despite improving homicide statistics, Belize continues to regularly declare states of emergency due to crime rates. But do these actually make a difference?

According to the Belize Crime Observatory, from January to July 2021, Belize suffered 60 reported homicides, down fractionally from 63 seen in the same period last year. And in 2020, homicides reached 102, a marked improvement on the 134 killings seen in 2019.

However, the country is currently on its fourth crime-related state of emergency (SOE) since 2018, focused on Belize City. The priority of this decision is to crack down on gang violence.

While murders overall are down, gang violence is on the rise. The country saw 21 killings in May, Belize’s highest monthly homicide level since 2011, many of which were attributed to gang violence.

There has been a rapid crackdown since the state of emergency was implemented. Dozens of arrests have been made, mostly in Belize City, which accounts for most of the country’s homicides.

These repeated SOEs are seen as a “pause button” by authorities in Belize, but their effectiveness is in doubt.

Defending the latest SOE declaration in August, Police Commissioner Chester Williams pointed to drops in the murder rate of Belize District, where Belize City is located.

States of emergency in Belize provide the police with greatly enhanced powers to make arrests inside a specific area, even allowing them to pull additional forces from the Belize Defense Forces and the Coast Guard to go after suspected gang members. But the practice does warrant close inspection in a country where the police struggle with allegations of excessive use of force and corruption.

Critics and alleged gang members decry a lack of employment opportunities or social programs within the city as the true drivers of these homicide rates.

SOEs are an easy way for authorities to respond to patterns in violence. But there is a risk Belize could use them the same way as Jamaica does.

Jamaica appears stuck in an endless loop of declarations and renewals of states of emergency. Hundreds of arrests are made and announced, but most of those detained are released within weeks. And the country maintains the highest homicide rate in the region.

The Hottest Hairstyle at Fashion Week Is Not on the Runways

ABOUT US
Newspaper is your news, entertainment, music fashion website. We provide you with the latest breaking news and videos straight from the entertainment industry.
Contact us: contact@yoursite.com
FOLLOW US
© Newspaper WordPress Theme by TagDiv